Earlier this week, before the cold front arrived but when its precursor had brought overcast skies, a biting wind and a dampness that chilled, I went to the Okefenokee National Wildlife Refuge.
I entered the park at the eastern entrance near Folkston and found that I pretty much had the park to myself. It was glorious.
I headed to the Chesser Island Boardwalk and the Owls Roost Tower. There wasn’t another person on the one-and-a-half mile walk to the tower and back. The only sounds were the songs of birds and the wind blowing through the trees.
The intended purpose of the trip was to take photos with my new camera, but the weather, which I suspect was why no one else was there, didn’t cooperate.
The hour spent alone at the top of the tower in contemplation drinking in the beauty of the swamp was a gift.
A lesson learned: Never give up on finding a good photo. On my return, there was a splashing sound in the marsh beside the boardwalk. Three raccoons were busily grooming each other.
I got what I had come for — peace and a photo recording a memory. 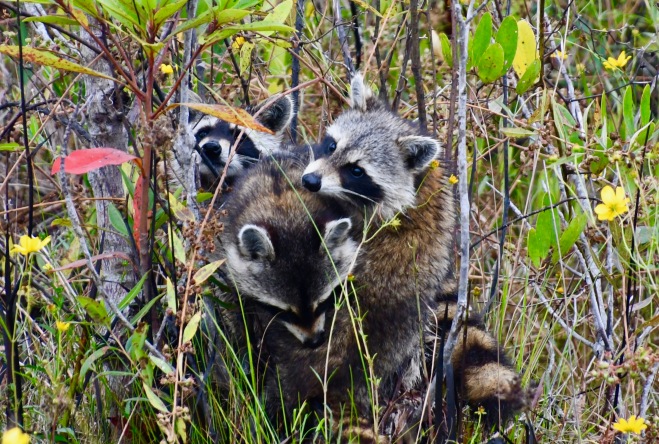 I wrote opinion columns for The Florida Times-Union for 28 years. I retired in December 2017, but I still have a few things to say. Often those thoughts come to me when I'm at our farm in Gadsden County where life is simple and the environment still beautiful. View all posts by ronlittlepage

One thought on “Solitude in the Okefenokee”